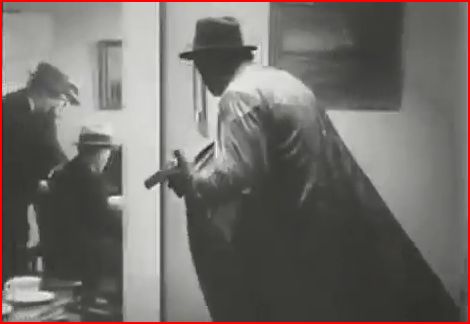 At the end of Chapter Three of this Columbia Pictures adaptation of Norvell Page's pulp hero, Richard Wentworth was knocked into a mean looking power-plant thingy that turned explosive on impact. At the opening of this chapter, after the narrator's usual long-winded recap -- he has to talk over all the footage from last week's climax -- Wentworth, aka The Spider, simply gets better and gets out of Dodge when the cops show to disrupt The Octopus's plan to black out the city. By now, Wentworth has figured out that The Octopus is no common gangster, but represents "organized crime with more than money as a goal. He wants control." He specifically wants control of utilities, having first muscled into transportation and more recently targeted electrical power. That The Octopus is engaged in "terrorism" rather than mere crime is in keeping with the apocalyptic tone of the Popular Publications pulps, though whether the villain can keep escalating his attacks like his print counterparts remains to be seen. 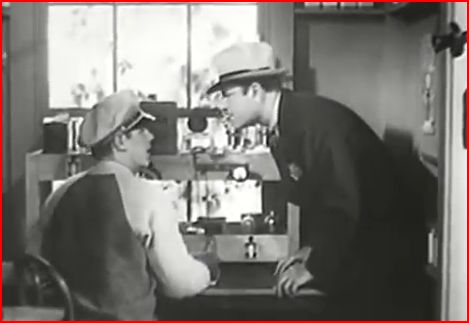 Out of nowhere Wentworth gets a potentially important lead from a young friend of his, the gas station operator and ham radio enthusiast Charlie Dennis. In The Spider's day a ham radio operator was as close as you could get to a computer hacker today, and Charlie has inadvertently hacked into the Herzen Band, a frequency outside the range of most radios on which the gas jockey is picking up inscrutable, apparently coded transmissions. Wentworth transcribes a typical broadcast and has his old war buddy Jackson set about deciphering the code. Charlie has instantly become an important asset for the good guys, but The Octopus's men have detected the hack somehow, and their master orders Charlie eliminated. So we have this episode's plot wrapped up: The Spider will have to save Charlie from the bad guys....except that he doesn't. In fact, Wentworth and his pals are completely clueless about Charlie's imminent doom and make no effort to protect what could have been a crucial source of intelligence on The Octopus's activities. In a flawless victory for the villain, Charlie is murdered and his gas station (and all-important radio) blown up with Wentworth none the wiser. 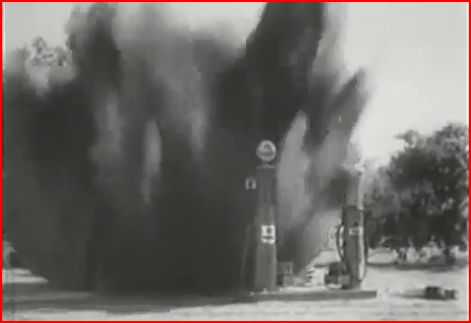 The main characters never even acknowledge that anything has happened to poor Charlie, though I have to imagine that the Herzen Band will become important again later. To be fair, our heroes have their own security to think about, since The Octopus's goons are still stalking Wentworth. Two of them jump Richard outside his hotel suite. He fights them off but finds that Nita and Jackson, whom he'd left in the suite, have been snatched, the snatchers leaving behind a note telling Richard to expect a message from The Octopus. 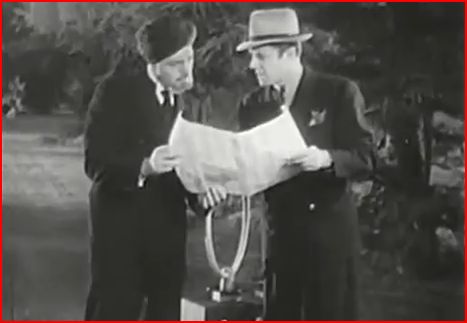 The mystery villain has several balls in the air. While trying to outmaneuver Wentworth, he's also plotting to take out all the city's radio stations so he can monopolize the airwaves when making his demands. The broadcast gives Wentworth and Ram Singh a chance to use their triangulation machines to pinpoint the source of the transmission, which they expect to be The Octopus's lair and their friends' prison. Finding the likely spot, they break through an electrified fence and prepare for a two-pronged attack on the building. Despite being warned to be careful, the mighty Ram Singh promptly gets KOd while skulking in the bushes and joins Nita and Jackson in chains in a cell. 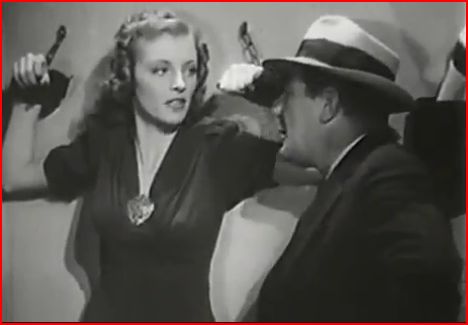 This place proves to be some kind of torture house. The cell is rigged to fill with water in order to drown its prisoners.While they thrash about in vain and the water rises, The Spider enters another end of the house and surprises a bunch of gangsters. For some reason he surrenders his advantage of surprise to hunker behind a toppled table, content to trade shots with the surviving goons until one quick-thinking, courageous bad guy closes a door to trap The Spider in a room with a gas bomb. As if that wasn't bad enough, this room is rigged to release a lethal volume of steam. A double cliffhanger closes an episode that has not gone well for the good guys. It's good at holding our interest, however, since it shows The Octopus and his men as more effective serial villains than we typically see. We'll see how long that lasts....
Posted by Samuel Wilson at 9:00 AM