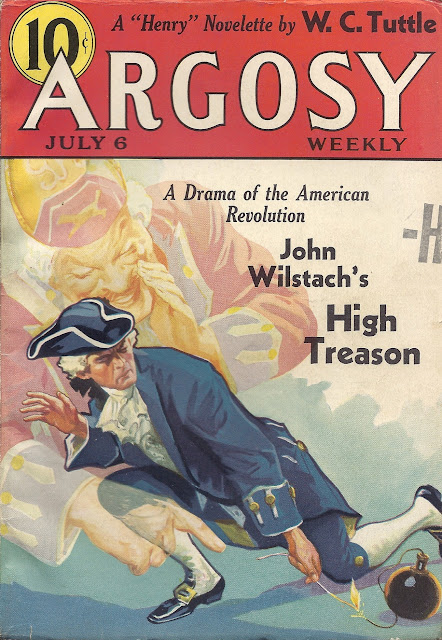 We're back to 1935 and my longest run of consecutive issues of Argosy. This issue continues F. V. W. Mason's Lysander of Chios and Kevin Johnson's The Marines Having Landed and concludes George F. Worts' Singapore Sammy serial Shark Bait. Those are its main attractions for me. The new serial starting this week is John Wilstach's High Treason. Wilstach was an eclectic writer, his specialties at this time being the American Revolution and circus stories, though he also wrote crime stories (and fancied himself an expert on criminal slang) and later turned to science fiction. I haven't read anything by him yet, apart from this autobiographical sketch he wrote for "The Men Who Make the Argosy." 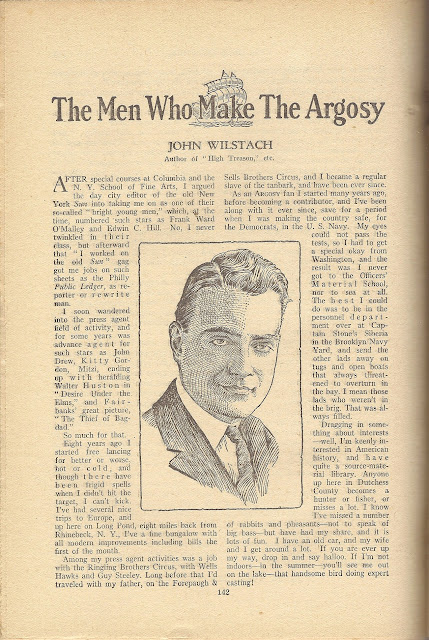 For contemporary readers, the main attraction of this issue probably was "The Diplomacy of Henry," the fourth in W. C. Tuttle's popular new series about Henry Harrison Conroy, the broken-down vaudevillian with the Fieldsian nose who became "the Shame of Arizona" as the ever-underrated Sheriff of Tonto Town. This marks the first time Henry is mentioned on a cover; he'll be shown on the cover when he next appears in September, and he'll get the cover whenever he appears thereafter, until Tuttle moves him to Short Stories in the 1940s. 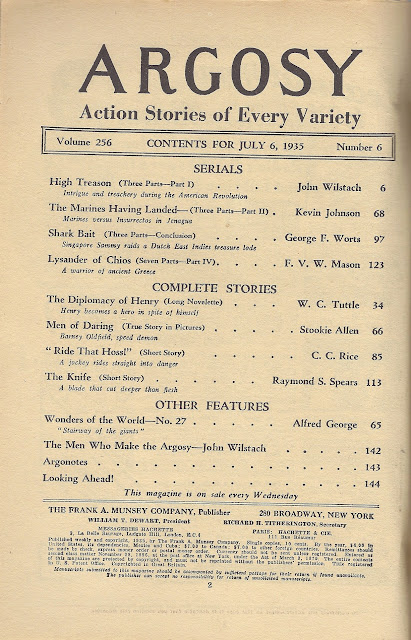 As for the rest, C. C. Rice specialized in horse racing stories during his (or her; mind the initials) short pulp career of a dozen stories over a four-year period, while Raymond S. Spears was a veteran western writer, though "The Knife" has a swampland setting, who'd been at it since 1900.

Tizzo the Firebrand returns next week, while H. Bedford-Jones joins the serial lineup. For now, the July 6 issue is sponsored by: 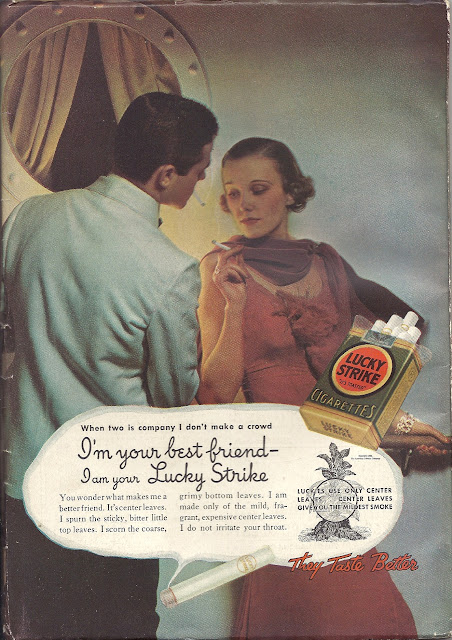 Some friend!
Posted by Samuel Wilson at 12:00 AM