For today, a double entry, not because I couldn't choose between two beautiful covers or promising lineups of offers, but to teach a lesson about pulp economics. A few times on the Calendar I've mentioned how the publishers of Short Stories took a gamble by spending extra money in 1932, during some of the worst days of the Depression, to jack the magazine's twice-a-month page count from 176 to 224, presumably in an attempt to overtake the 192 page twice-a-month Adventure. Doubleday, Doran weren't always so extravagant. To illustrate, here's the July 10, 1931 issue of Short Stories. 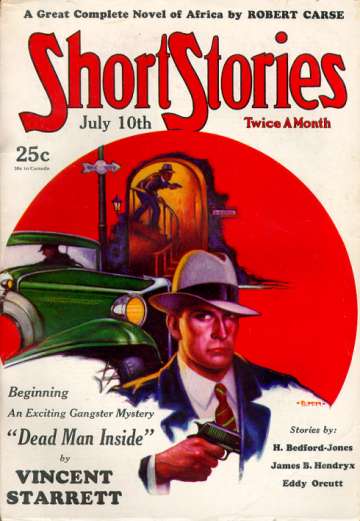 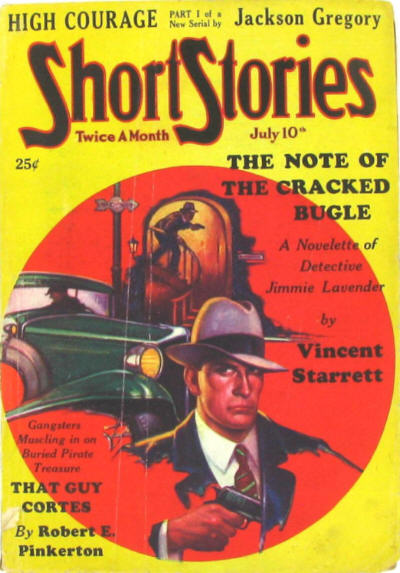 Short Stories reused covers often in its long history. During the last years of its original run -- it sputtered in and out of existence throughout the 1950s -- the publishers cannibalized old covers for every issue. I've made a quick check of the Fiction Mags Index and it looks like Duncan McMillan's art wasn't used a third time, but that's probably because the car and fashion went out of date quicker than more exotic imagery. Of the two issues, I'd go with the 1931 because of stories by Robert Carse, H. Bedford-Jones and T. T. Flynn, but readers probably got their quarter's worth -- when a quarter really meant something, with either issue.
Posted by Samuel Wilson at 4:09 PM