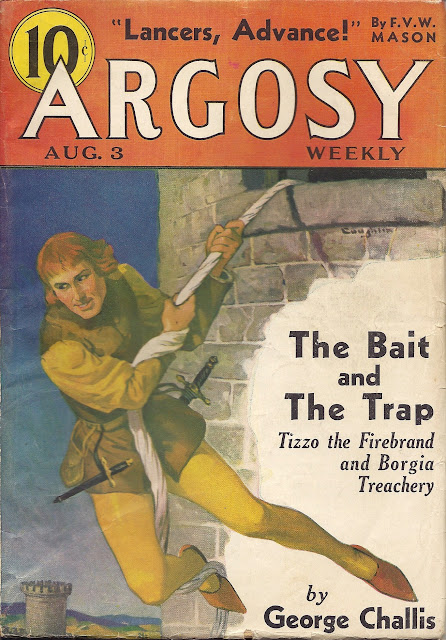 It  should be obvious to regular readers of this blog that I own this issue for the Firebrand story by George (Frederick Faust) Challis. "The Bait and the Trap" is Tizzo's penultimate appearance. His curtain call comes in three weeks, in an issue scanned into the unz.org trove. Faust does double-duty this week as his "Dennis Lawton" serial The Blackbirds Sing continues. H. Bedford-Jones continues Riley Dillon, Masquerader while Robert Carse wraps up a two-parter and F. V. W. Mason starts one. That leaves James W. Egan's tennis story and Capt. R. E. Dupuy's novelette set in a Civilian Military Training Camp. 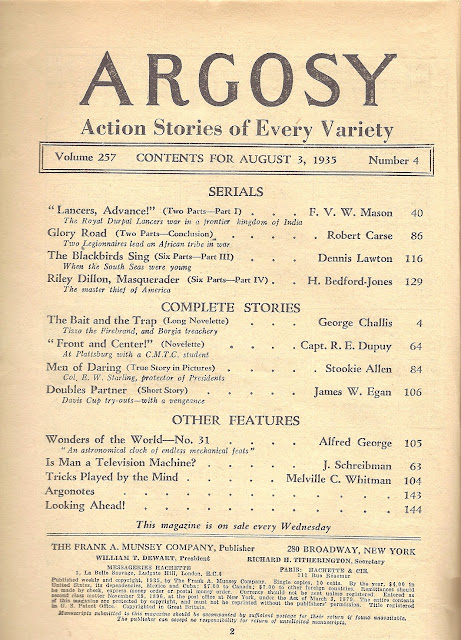 As of now this is the last 1935 Argosy in my collection, though I'm interested in piecing together The Blackbirds Sing. There are at least ten more from this banner year in the unz trove; they're definitely worth your time.

I was especially amused by a "kicking" letter in this issue's Argonotes section. It's always interesting to discover the contrarian opinions held toward now-canonical (or now-forgotten) pulp writers. As other readers of Argonotes can testify, Theodore Roscoe was always one of the most divisive authors. The "Haitian story about the zombies" referred to here was his 1934-5 serial A Grave Must Be Deep. To provide additional context, Loring (George F. Worts) Brent had killed off Peter the Brazen's longtime girlfriend Susan O'Gilvie in the 1934 serial Kingdom of the Lost, only to reveal that she had not died after all in Peter's final appearance, the novella "Over the Dragon Wall." Our correspondent, apparently a strong critic of female characters in general, was disappointed by this reversal. "MacIsaac" was Fred MacIsaac, a popular contributor nearing the end of his most prolific period. 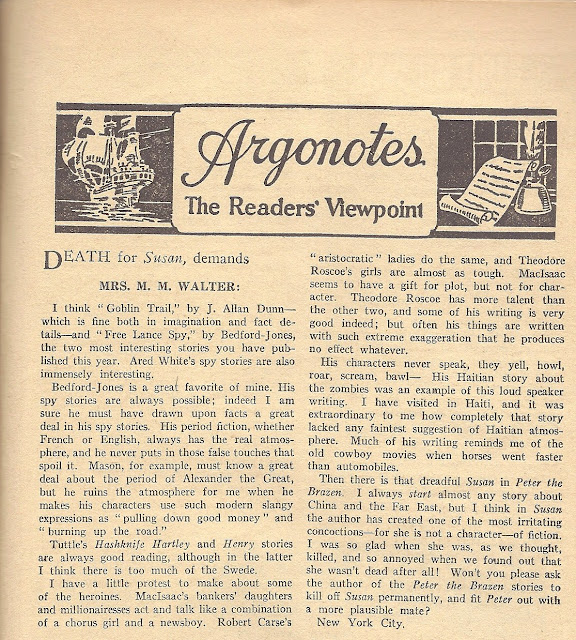 You can't please everyone of course, and that was more true for general adventure magazines like Argosy than for more specialized pulps. I suspect that in 1935 more people were pleased than not. This issue was brought to you by: 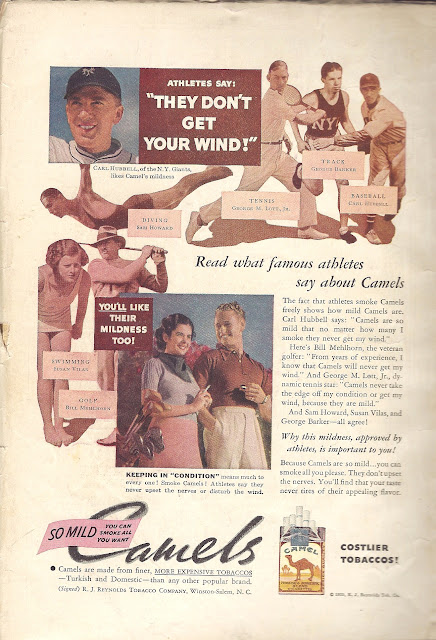 Cigarettes that "Don't Get Your Wind." Whatever happened to them???
Posted by Samuel Wilson at 11:59 AM