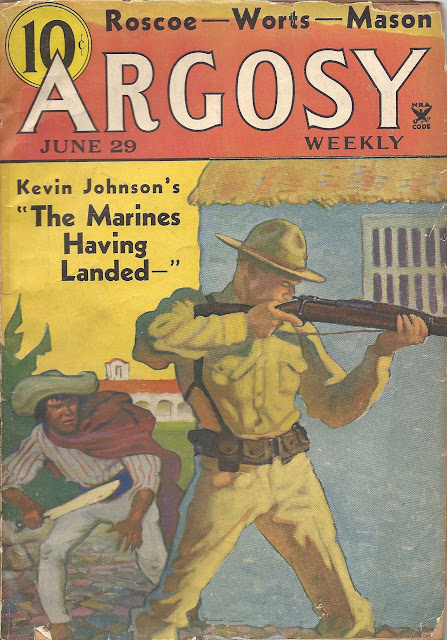 Here's the next 1935 Argosy on my to-read pile. As you might guess from the condition of the cover, this is one I bought for completist purposes only, to have all of George F. Worts's Shark Bait and more of F. V. W. Mason's Lysander of Chios. In pursuit of Lysander I've ended up with all of Kevin Johnson's The Marines Having Landed. Johnson is something of a mystery, here making his Argosy and pulp-fiction debut, at least under that name. He would publish two more short stories in 1935 and that was it for his pulp career. Would Argosy run a serial by a complete newcomer and give him a cover? My doubts on that score lead me to suspect that "Johnson" was a pseudonym, though the Fiction Mags Index takes the name at face value. But let's see what else we have this week: 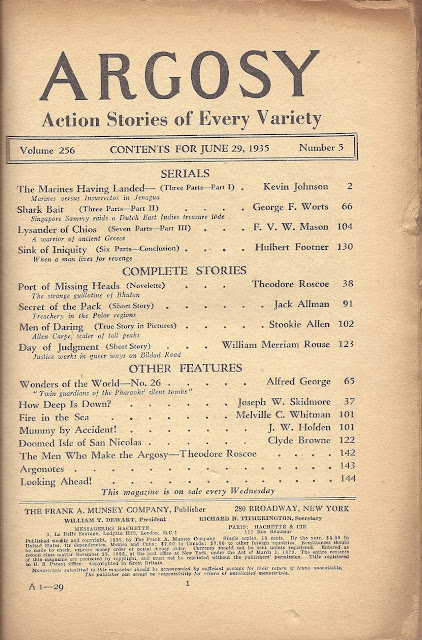 The June 29 issue concludes Hulbert Footner's Sink of Iniquity, the opening installments of which have been pretty good. Theodore Roscoe has the issue's only novelette, while Jack Allman does a polar tale and William Merriam Rouse continues his long-running series of stories set in Bildad Road, in the Adirondacks of New York. The back cover has the same ad as the June 22 issue, so I'll skip that. Instead, I present this issue's "Men Who Make the Argosy," biography, in which Theodore Roscoe submits to an interview from several of his favorite creations. 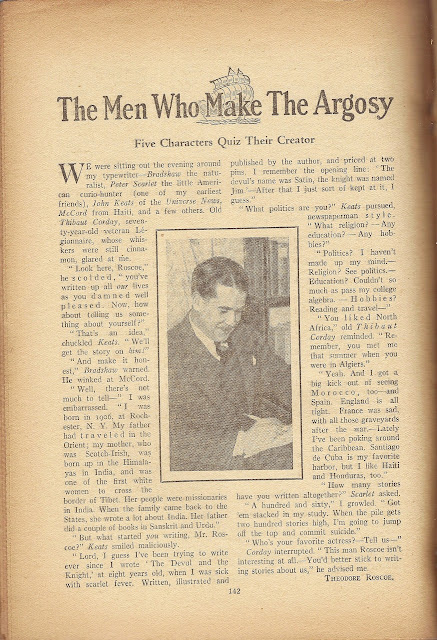