A collaboration with the Mondo 70 movie blog.... 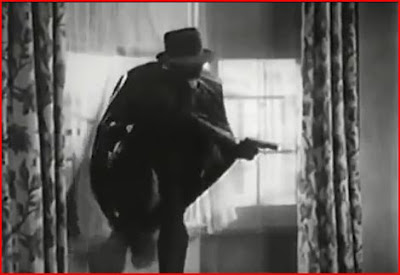 After an inexcusable delay we return to the cinematic exploits of Richard Wentworth, Norvell Page's epic pulp crimefighter better known as The Spider. Regular and patient readers will recall that this Columbia serial pits Wentworth against The Octopus, a masked supercriminal with a possibly fake limp who seeks control of the nation's utilities through terrorist means. We last saw Wentworth in costume brawling in an open car with minions of The Octopus until the car plowed into an electrified transformer fence. What you didn't see last time was Wentworth diving out of the car to avoid electrocution. Before leaving the scene, The Spider makes sure to leave his brand on one of the corpses in the car.

The gangsters want to kill Johnny, the newsboy introduced last episode who can identify one of the gang believed dead. They create a traffic distraction while three of them head for Johnny's apartment. Seeing this, Wentworth quick-changes in his car and prepares to go into masked action in broad daylight. Questioned on this by Ram Singh, Wentworth explains: "Warrior, when immediate action is necessary the police are too handicapped by rules and regulations; therefore The Spider must strike at once." He goes up a fire escape, frightening one of Johnny's neighbors, and comes in through the window to surprise the would-be kidnappers. He shoots one and grabs another while the third flees without Johnny. A cop alerted by the neighbors screams comes up the fire escape to get The Spider. Our hero was going to interrogate the gangster he captured, but the wrongdoer is more useful now as a human shield, soaking up the cop's bullets. The Spider dashes away, quickly doffs cape and mask, and in mufti bursts in on the cop begging for protection from the pursuing Spider. The cops shove him out of the way, not noticing the suspicious bundle of clothes he's carrying. Wentworth might have mentioned to Ram Singh that The Spider's services are necessary because cops are dumb, but perhaps that would have been belaboring the obvious. 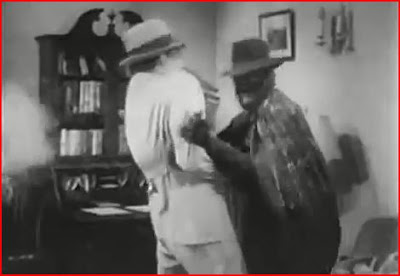 Soon afterward, Wentworth and Ram go back to the garage they know to be an Octopus base and walk into an impromptu trap set by the star henchman (Marc Lawrence). I'd given this guy credit for quick-thinking earlier but I take it all back now. He has Wentworth and Ram Singh in his power and orders them into a car for delivery to The Octopus. He searches Ram Singh and claims one of the Sikh's throwing knives, but doesn't bother searching Wentworth. He sends them into the car, but our heroes promptly go out the other door, giving themselves cover as Wentworth pulls out his pistol and opens fire on the gang. Jackson, another of Wentworth's assistants, moves in and puts the gangsters in a crossfire. They take out one of them and get some info on maps and banks out of him before he expires. 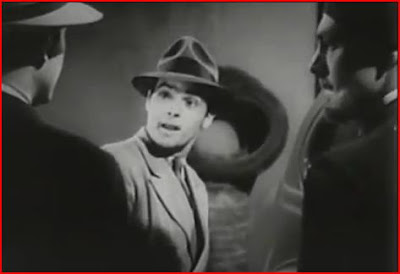 It might have been better not to tell The Octopus about this debacle, but someone did and now the big man is ticked off. He chooses to blame the people he assigned to watch Wentworth, who lost him before he went to the garage. He singles out a specific whining gangster for death by belly gun before moving out with his new plan. 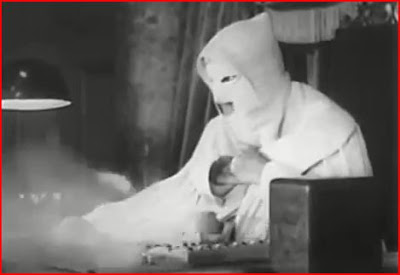 The good guys know that The Octopus wants to rob a bank, but there are a lot of banks in town. Where to start looking? Fortunately, the villain makes things easier for the crimefighters by having his minions go crazy in the streets, smashing fire hydrants with their cars all over town. By process of elimination, Wentworth deduces that they'll hit a bank in a district where they haven't been wrecking hydrants. It then becomes easy to single out the targeted bank and rewire its alarm system. The Octopus apparently has sent his men to rob a bank owned by another supervillain. Its alarm system includes a battery of clearly labeled tear-gas bombs installed in the ceiling, and an electrified gate. 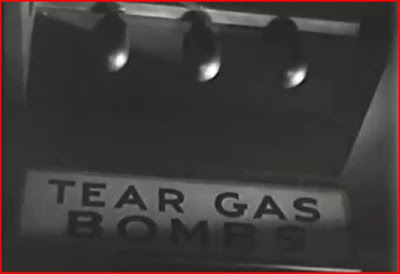 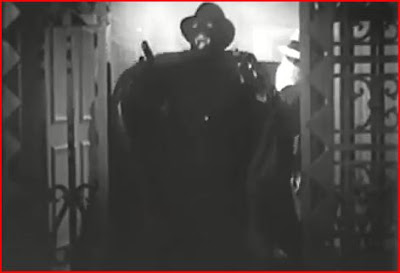 The situation deteriorates rapidly for the robbers, and on top of that The Spider shows up with guns blazing. Inevitably, though, our hero gets clumsy and lets a gangster bop him in the back of the head. Down he goes as the would-be robbers make their getaway, just as the electrified gate is about to close on the helpless Spider. And as usual Columbia throws all suspense off the cliff by telling us what Wentworth will be up to in the next chapter. I'll save those details for next time, if you don't mind.
Posted by Samuel Wilson at 12:00 AM