Here's more of Western Story in holiday mode. The first cover is from 1930. 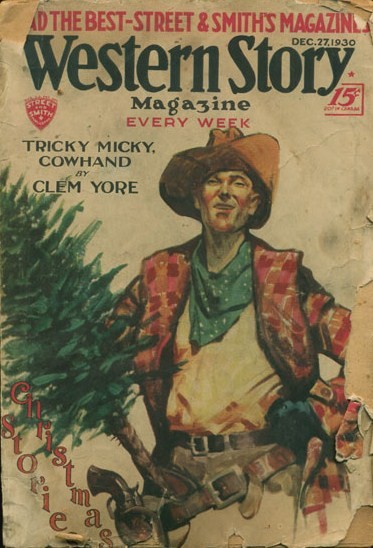 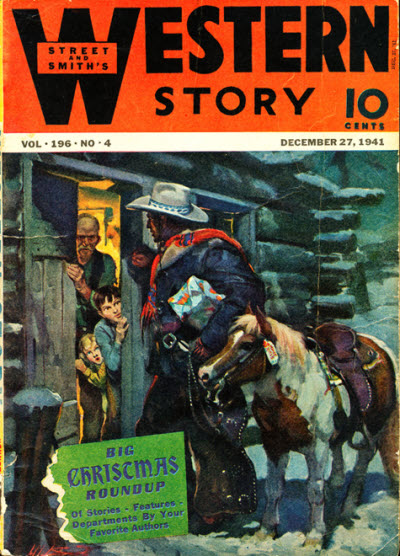 The earlier issue has more Christmas content. I can identify at least the obvious stuff, like Hugh F. Grinstead's "Santa Rides Horseback," George Cory Franklin's "White Christmas" and Frank Richardson Pierce's "Toy Mushers," as well as D. C. Hubbard's poem, "Christmas Starved."The only one I'm sure of from 1942 are Ed Moore's story, "Cow-Country Christmas," though I suspect that S. Omar Barker's poem "Shepherds of the Range" has a holiday theme as well. Street & Smith's Detective Story never seemed to share the holiday spirit. Its December 27, 1930 cover shows a yellow-peril menace, while its Christmas Day cover for 1932 has a man strangling a woman. I imagine Love Story got pretty Christmassy  when the occasion arose, but we lack much of the physical evidence to prove it, at least in the FictionMags Index. I guess western fans were a more sentimental lot than detective story readers. Make of that what you will.
Posted by Samuel Wilson at 12:25 PM