The Oscar-winning 2015 film The Revenant revived interest in the legend of Hugh Glass, the mountain man who survived mauling by a bear, abandonment by his colleagues and an epic trek to confront his false friends. Needless to say this was a story well known to pulp creators and probably was retold many times in pulp magazines. One such retelling was in the June 1950 issue of Fifteen Western Tales. Just as many comic books once had a text feature, many pulps had regular illustrated features like Stookie Allen's "Men [or Women] of Daring" for Argosy. For Fifteen Western Marshall Lincoln Lee, signing his work simply as "Lee," contributed "Tales of the Old West" for a decade, from 1943 through 1953. Here's his take on the Hugh Glass legend in its original double-page spread form. 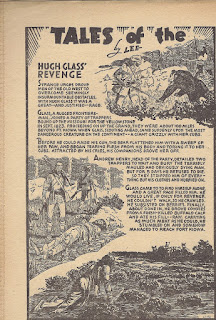 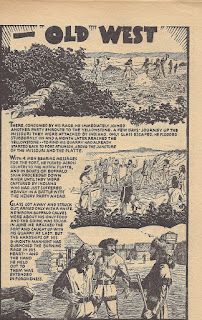 And here are closer looks at the individual pages. The narrative reads down one page, then down the other, so there should be no confusion. 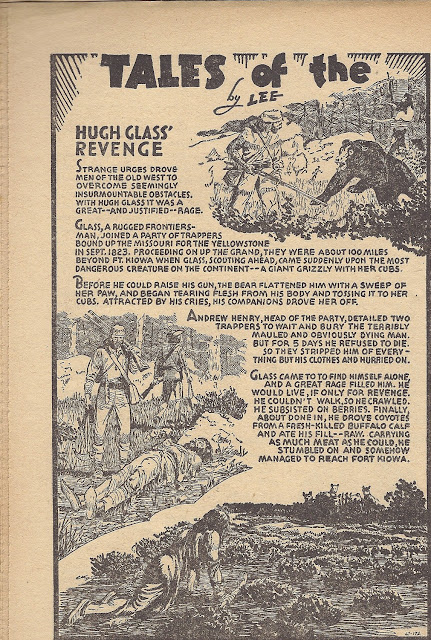 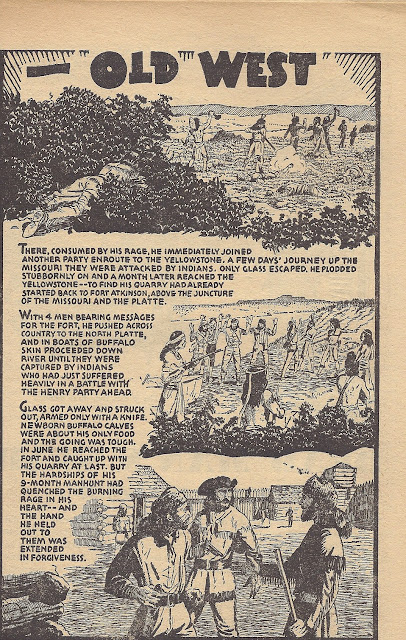 Posted by Samuel Wilson at 4:12 PM